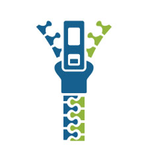 I sat in a meeting today where 3 parties debated (argued) over why they needed to do something “their way”. It was one of those meetings I wish there was a blackboard to run my fingernails down! I drew 3 circles on the whiteboard representing each of the issues highlighted. I checked for reasoning that I had captured them correctly. Going around the room one person thought I should make their circle larger than the others. I reiterated that it was to capture the core issue not the impact we thought it created…

To claw my way out of the “hole of despair” I quoted a few of the organisational strategies that were commonly known. I treated this as an exercise so the room felt I was weighing into which issue was the biggest detractor from a named strategy. After writing the strategies on the whiteboard I asked which issue “wouldn’t” impact one of the strategies and everyone agreed they all would impact them in some degree.

At this time I drew a Venn diagram linking the strategies to the issues. (Strategies was the middle circle with the outer circles representing the issues) It was at this moment the room started to see that we are all in this together and it was all connected. It was a tough 90 minutes but the perseverance paid off.

Morale of the story…”Don’t fight the negative, channel it”